MSI has brought its fastest SSD to CES 2023. The Spatium M570 Pro is the first manufacturer to support PCIe 5.0 and deliver data transfer rates up to 12 GB/s.

The SSD is based on Micron’s latest 232-layer 3D-NAND memory and the Phison M26 controller. The write speed is declared equal to 10 GB / s, and the read speed just reaches those same 12 GB / s. These are the declared characteristics, but during the demonstration at CES 2023, the novelty was able to show even higher speeds: 11,814 MB/s and 12,324 MB/s, respectively. The SSD will be available in sizes ranging from 1TB to 4TB. 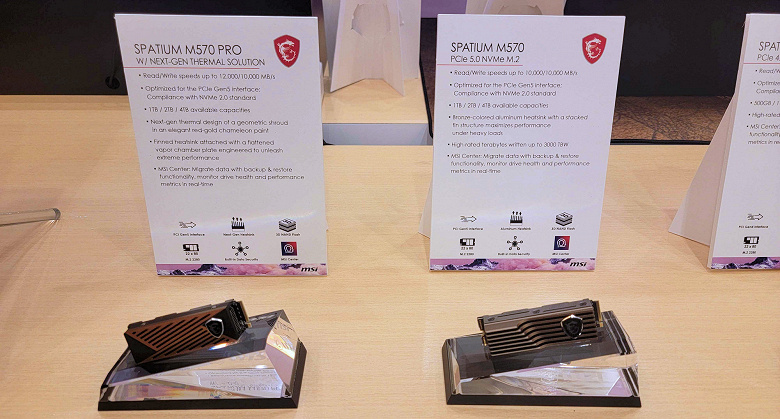