The ChatGPT chatbot war enters a new phase – Edward Tian, ​​a 22-year-old graduate of Princeton University, has developed an application that determines whether a text is written by a person or AI worked here. The novelty is called GPTZero, the developer created it during the winter holidays. In his opinion, people should know the truth about the author of a particular text

“ There is so much hype around ChatGPT. Is this and that written by artificial intelligence? We humans deserve to know the truth! Tian wrote.

At the same time, the application turned out to be so popular that the Streamlit platform, which contained GPTZero, could not stand the number of applicants. As a result, the platform management increased the limits for traffic processing. In addition, the author was contacted by teachers who reported positive test results. The application itself was tested by 30,000 people a week after the launch.

This is what the passed check for the text looks like: 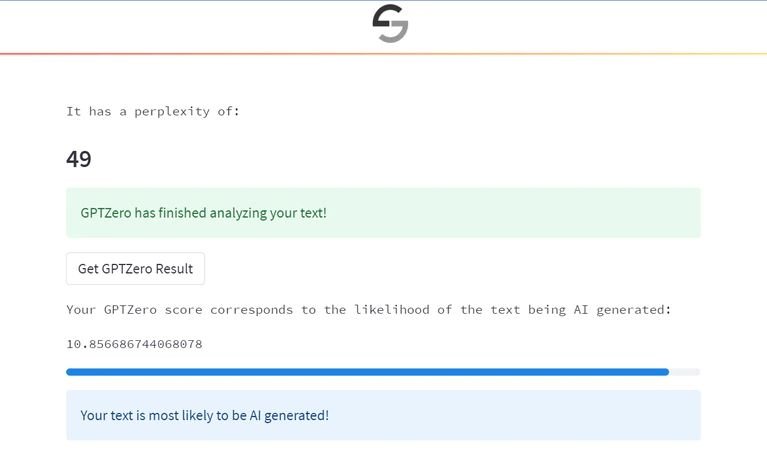 GPTZero reportedly tracks two metrics that are typical of human text: perplexity and burstiness. The first determines the complexity of the text for perception, the second determines the length of sentences. Usually people write more complicated than the AI ​​does, so the excessive complexity of the text indicates that the author is most likely a person. Humans also have different sentence lengths, while AI sentences are about the same length.

So far, the bot is not 100% reliable, which the author himself admits, but work is underway to improve the language model.

Earlier it was reported that universities in Australia opposed ChatGPT.