Asus has unveiled the latest ProArt StudioBook 16 and VivoBook Pro 16X laptops at CES 2023. The most striking features of these two laptops are OLED screens that support glasses-free 3D display and eye-tracking technology, which can ensure that the user sees a stereo image at all times.

Both laptops feature high-quality 3.2K OLED displays with a 120Hz refresh rate. The manufacturer claims that such characteristics are also great when used in traditional 2D mode.

The Asus ProArt StudioBook 16 can be equipped with an Intel Core i9-13980HK processor, up to 64GB of RAM, and an Nvidia RTX 40-series graphics card. In addition, the laptop received a trackpad that supports stylus input. Thunderbolt 4 is on the list of ports. The manufacturer will also release a version with a 2D OLED touch screen. 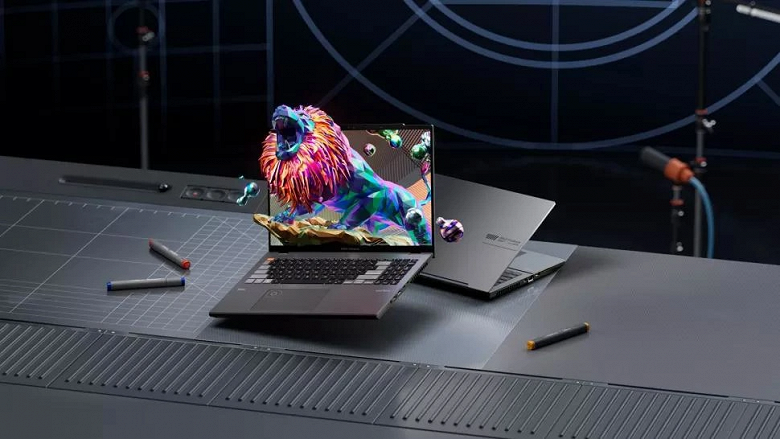 The VivoBook Pro 16X also uses an Intel Core i9-13980HK processor and an Nvidia RTX 40-series graphics card. The laptop can be equipped with up to 64GB of DDR5 SODIMM memory and a pair of 2TB PCIe 4.0 SSDs.