But the card itself was not damaged.

Recently, there has been no information on new cases of fire or melting of power connectors for GeForce RTX 40 video cards on the Web, and one might think that the problem has mysteriously disappeared. But this is not the case, and the new case indicates that the quality of the cable is definitely not decisive. 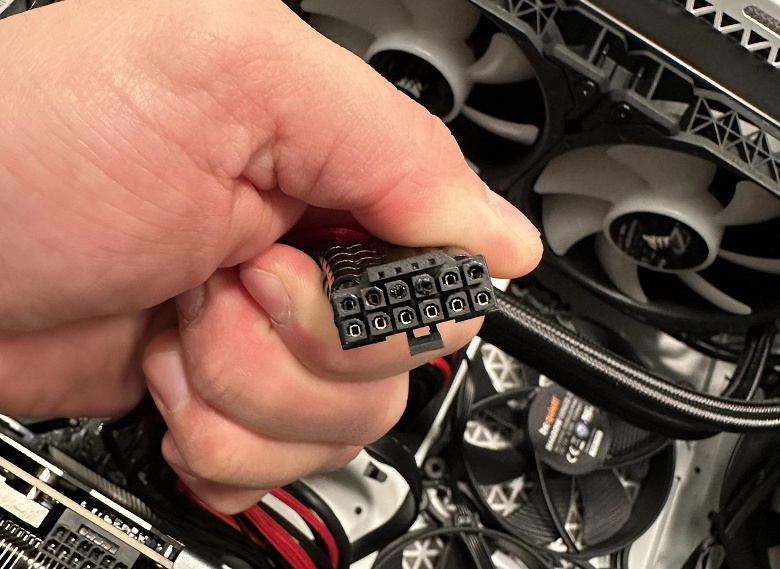 CableMod was one of the first to respond to the RTX 4090’s issues by offering their own reinforced cables. And now a description of the case appeared on the Web when such a cable did not save the 12VHPWR connector from melting.

The owner of the RTX 4090 posted his case on the Reddit forums and CableMod quickly contacted him. It turned out that the video card itself, despite the problem, remained in working order. Moreover, CableMod claims that if the 3D card failed due to their cable, they would replace the adapter themselves for the owner.

But it is important to note that there are indirect indications that the cable could still be connected incorrectly, that is, not completely. This is hinted at by the nature of the damage to the cable connector. However, this has not yet been proven.

In any case, the problems with the RTX 4090 have not disappeared, although in the last month there were either no such reports at all, or they passed by the media.