Quite interesting statistics appeared on the Web, indicating which video cards were most often searched for on Google last year.

Of the 62 graphics cards on the list, 78% were occupied by Nvidia graphics cards, which generally correlates well with the company’s market share. The most popular AMD card was the popular Radeon RX 6600, but it took only 10th place. But the already middle-aged RX 580 took the 17th line, which indicates that gamers are still quite interested in this adapter. 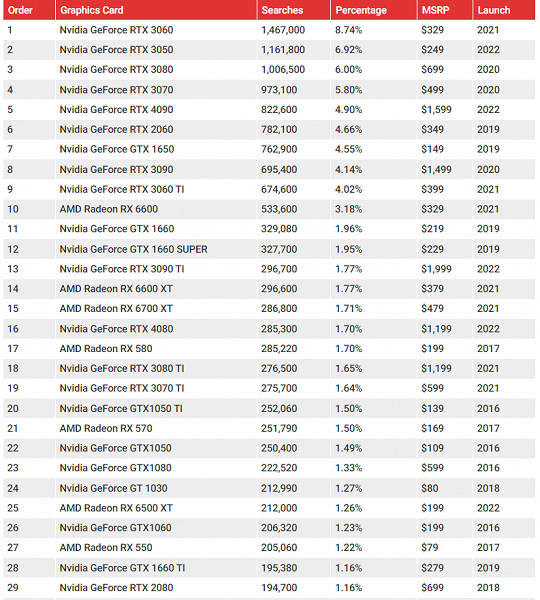 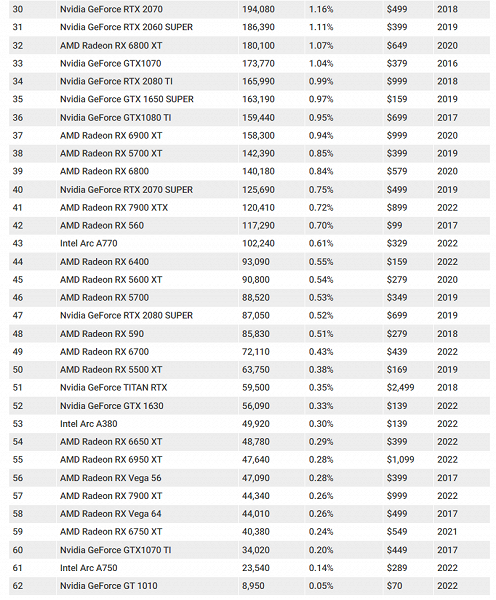