Minisforum has officially unveiled the HX99G mini-computer, which packs quite powerful components in a very small package – this is an eight-core Ryzen 9 6900HX processor and a Radeon RX 6600M dGPU. The novelty has replaced the model HX90G, announced in May last year.

The dimensions of the HX99G are 205 x 203 x 69mm. The picture shows a custom cooling system, which is indispensable when such a small package houses a processor with a TDP of 45W and a dGPU with a TDP of 100W. This cooling system is represented by two fans, a radiator and seven heat pipes (3 for CPU, 4 for GPU). Liquid metal is used as a thermal interface – as in modern gaming laptops. The manufacturer notes that such a cooling system is not only efficient, but also quite quiet even under full load. 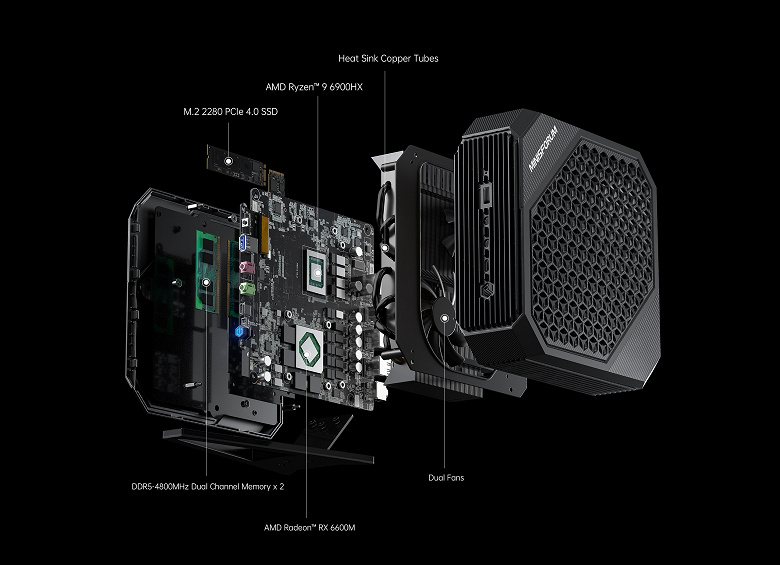 On a PC, you can solve completely different tasks. The creators say that it is suitable for professional work with video or photos, and for games at Full HD resolution and a frame rate of 60 FPS. 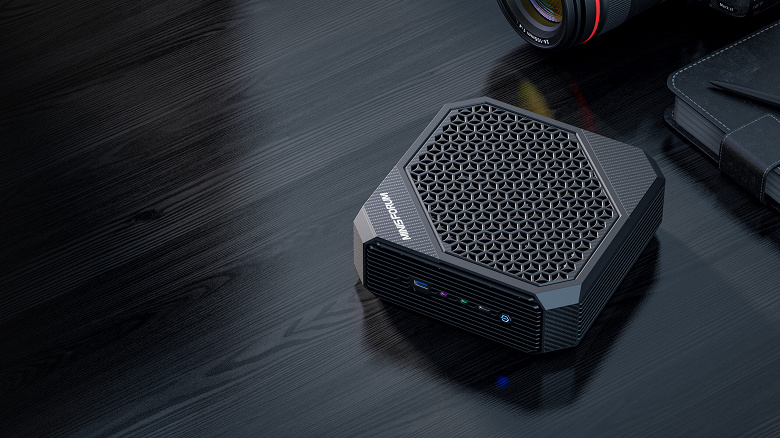 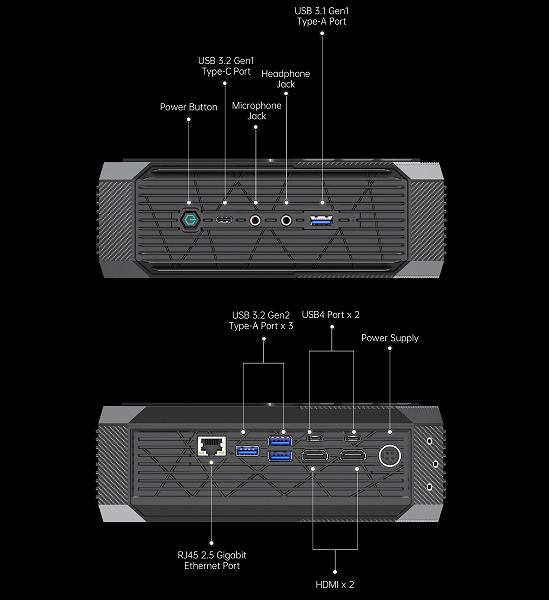 The Minisforum HX99G is available both as a self-build kit (without memory) for $840, or with an SSD and memory modules pre-installed. The top version with 64GB of RAM and a 1TB SSD is priced at $1,200.