Finally, soon Starship will go on its first orbital flight

Perhaps now the company is ready for it more than ever: SpaceX published a photo of the rocket in a fully assembled state, and Elon Musk himself announced an imminent “attempt to launch a starship.”

The assembled Starship consists of the Super Heavy launch vehicle and the Starship spacecraft itself. In a fully assembled state, the height of the “structure” is 120 meters. According to SpaceX, the company’s specialists are now working on a “dress rehearsal” for the launch of all 33 Raptor engines used in the first stage. Apparently, as soon as this rehearsal is held, an attempt will also be made to launch the rocket in order to send it to the first orbital flight (Musk previously said that it could take place in early March ). 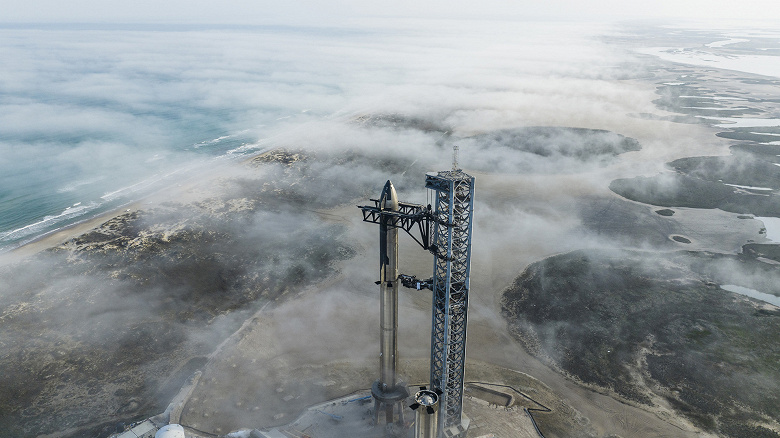 SpaceX has big plans for Starship. So, with its help, it is planned to launch second-generation Starlink satellites into orbit, it will also be used to deliver people to the Moon, and in the future, to Mars.

What’s your Reaction?
+1
+1
+1
+1
+1
+1
+1
Facebook Twitter Email
Also Read:   “This whirlwind is unusual even for Mars”: the sound of a Martian dust devil has been recorded for the first time in history