Toyota Crown is a raised fastback

Toyota in 2022 refused to sell the large Avalon sedan in the United States, but it was replaced by a more interesting model – the Toyota Crown cross-sedan in a body with fastback outlines.

Created at the intersection of styles and classes, the car was valued at $39,950, which is $3,500 more than the retired Avalon. But the Crown looks like a crossover and even somewhat resembles the Venza (when viewed from the side), and crossovers are more readily bought than ordinary sedans. 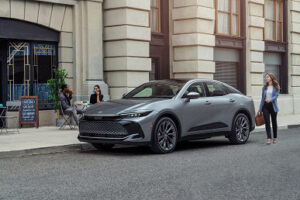 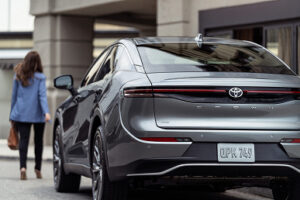 Crown is not Logan Stepway. Already in the base (in the XLE version) there are 19-inch wheels, LED headlights with automatic high beam, a 12.3-inch media system with Apple CarPlay and Android Auto support, as well as all-wheel drive and a hybrid power plant with a power of 236 hp with a 2.5 liter engine. The dynamics for a large sedan is good: it accelerates to 98 km/h in 7.6 seconds.

The $45,550 Limited version has all of the above and adds a panoramic roof, heated rear seats, ventilated and heated front seats, JBL speakers with subwoofer and amplifier.

The most expensive version is Platinum, but it is also the most powerful. Such a Crown received a new hybrid power plant from Toyota Tacoma: with a 2.4-liter engine and 340 hp. There is already a digital key and an adaptive suspension in the database.

Named the most successful automaker in the world for the supply of cars. Japan’s Toyota leads