Meta*’s Supervisory Board reversed Facebook* and Instagram*’s decisions to take down nude nipple photos and recommended a review of the rules regarding the moderation of such photos.

These innovations come more than 10 years after feminists coined the slogan “free the nipple” and called for equal standards regarding the exposure of male and female breasts.

In addition, Meta*’s supervisory board ruled that the company must restore two posts that were deleted from the non-binary pair. The couple posted photos to discuss the impact of breast reduction surgery, but they were blocked.

Meta*’s Board of Supervisors demanded that the breast display policy be changed so that “all individuals are treated in accordance with international human rights standards, without discrimination based on gender.” 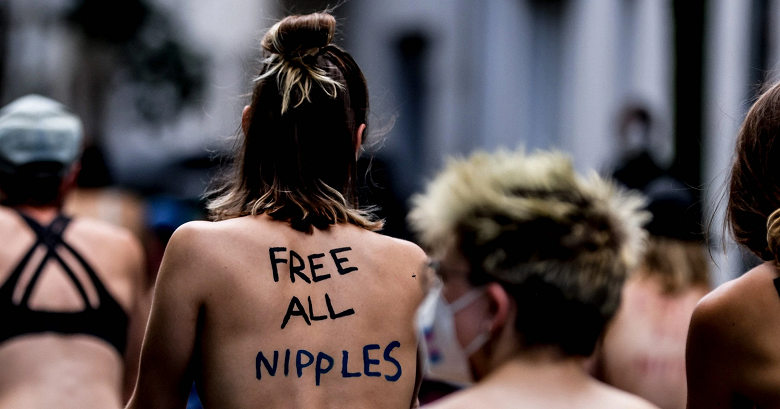 Meta*’s nudity policy prohibits the display of female nipples except in certain special cases. These include women who are breastfeeding or people who have had sex reassignment surgery. Meta* also allows nude photos at “information” events as well as in paintings. Although activists have already protested against such a policy.

Celebrities including Rihanna, Miley Cyrus and Lena Dunham have previously been forced to remove topless photos from Instagram*. Naomi Campbell also previously posted a topless photo on the app with the hashtag #freethenipple, which was later removed. Other celebrities have also spoken out against the policy.

The council said Meta*’s policy is based on a “binary view of gender and the distinction between male and female bodies,” meaning the rules are “unclear” about how they apply to transgender and non-binary people.

In addition, exceptions to the bare breasts rules were “extensive and confusing”. The rules created confusion for users and moderators as to whether the breast image should be removed or left.

A spokesperson for Meta* said: “We applaud the board’s decision in this case. We have restored this content, recognizing that it should not have been removed. We are constantly reviewing our policies to make our platforms safer for everyone.”