It has always been three-door

After years of rumors and plenty of spy shots, Suzuki has finally unveiled the Jimny five-door SUV. It, always a three-door, was turned into a five-door with the help of the Indian joint venture Maruti Suzuki.

The car received a black roof, contrasting with the main color of Kinetic Yellow. Also in place were large wheel arches, round headlights and a proprietary grille. The SUV received 15-inch wheels with 195/80 tires and a spare tire in the back. 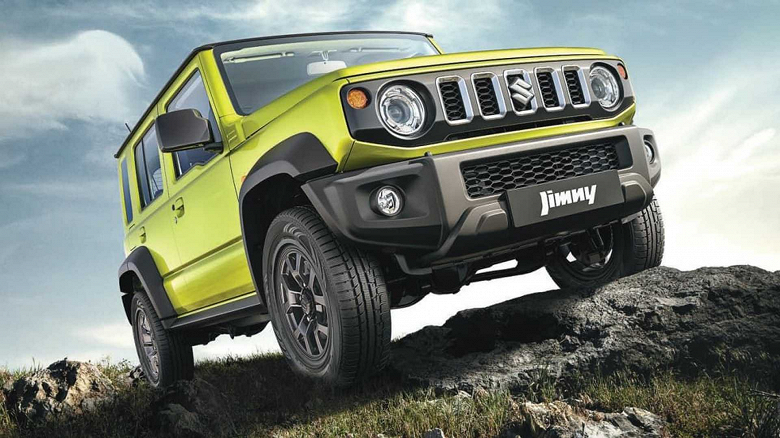 The interior has largely been carried over from the standard Jimny, right down to the handrail on the passenger side dash. The Indian-built model gets a rear seat that can accommodate up to three passengers. With the rear seats up, the cargo volume is 208 liters, but this can be increased to 332 liters.

This is a mild hybrid based on a 1.5-liter gasoline engine with 105 hp. with an all-wheel drive system. Transmission options include a five-speed manual and a four-speed torque converter automatic. Suzuki Jimny 5-Door owners will be able to choose from 2WD-high, 4WD-high and 4WD-low off-road modes. Ground clearance is 210 mm.

Also Read:   Akasa Maxwell Pro case is designed for silent PC on processor with TDP up to 65W 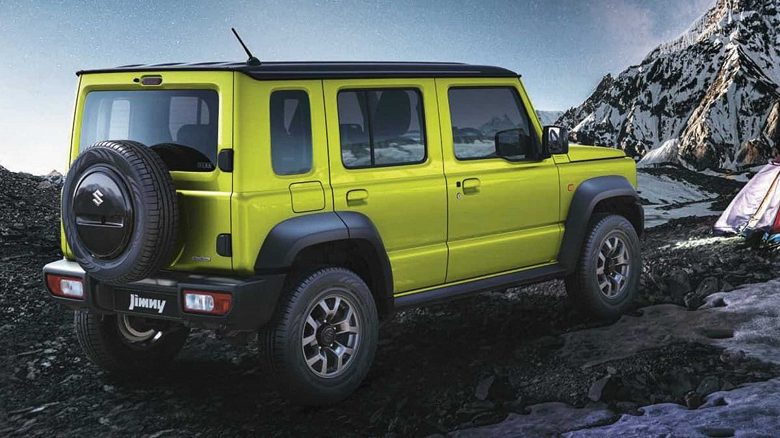 Maruti Suzuki will assemble the five-door Jimny at the Gurugram plant and is already taking orders in India, where it will go on sale in May. Other markets are also expected, including Africa, Australia and Latin America.