Ads on smart TVs have become expected on almost any platform, and over the past few years, their dominance has begun on Android TV. And now there are even more ads on Google TV.

When Google first launched ads on Android TV in 2020, ads were styled as “recommendations” of content, showing movies and TV shows available to watch on TV through various streaming services and apps. The situation began to change in 2021, when Google TV and Android TV began showing movie ads in online cinemas, and then trailers for upcoming releases.

Users are now discovering that physical goods and even offline stores have been hooked up to Google TV ads. Users in India were the first to notice such ads, where India iStore, an online and offline store for Apple products, began to advertise. The phenomenon is not limited to India, for example, an advertisement for the American Chrysler has been noticed, and in Canada, the Tim Horton’s coffee chain is being promoted. Advertisements are shown on TVs from various manufacturers, from OnePlus to Sony. However, they are united by a software shell – Google TV. 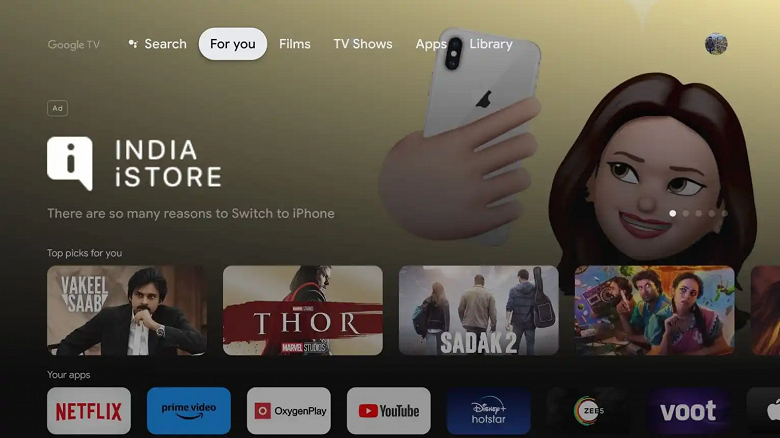 Recall that Google TV is not an independent operating system and not renamed Android TV, but an additional shell for Android TV. It debuted on the Chromecast media player in October 2020.